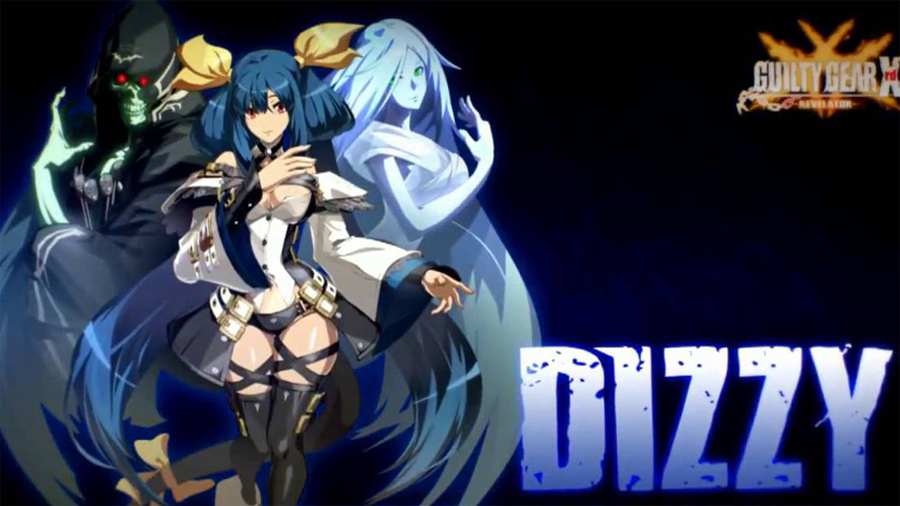 Previously, we looked at the idea of stun and the mental and theoretical roles it has in fighting gameplay. What we’ll do now is see how stun mingles with current-generation gameplay in practice and check out the implications that stun has on how players approach the game.

In all scenarios henceforth:

Player 1 is the aggressor and Player 2 is the defender unless noted otherwise.

What’s interesting is how the idea of stun and punishment relate to new generation comeback mechanics. Some games build a secondary revenge gauge as a player takes damage, giving that player an option to exchange the special gauge for high damage later in the match. Some games employ damage output, meter or defense modifiers at specific vitality thresholds as their comeback mechanic. What happens post-stun when Player 1 fails to end the round on the assault just after Player 2 has been stunned is the interesting part. If Player 2 doesn’t lose the round, Player 1 suddenly has a small problem on their hands. While the gap in vitality values may be in Player 1’s favor, Player 2 has not only some sort of boost provided by the game (the comeback mechanic), but also (in most implementations) a modified stun threshold. The new stun threshold is higher now, making it extremely difficult for Player 2 to receive the stun status again. Player 1, however, still has their stun threshold as its original value since they have not been stunned yet.

What these factors all add up to is a sudden necessity for Player 1 to close out the round as quickly as possible and usually in a more offensive manner than usual. If given the time and the opportunity, Player 2 now has a small upper hand on the other player, ignoring the difference in vitality. A mantra in fighting games is, simply: “You have the life lead.” What this means is that once a difference in vitality has been established, the player in the lead can now leverage the round timer as an additional resource over the opponent and can play in a much safer way offensively while still retaining effectiveness. In short, the leader does not have to overextend. Some players interpret the mantra less moderately and see the situation as a need to clam up once the vitality gap has been put into play, making Player 2 go on the offensive with the expectation that this aggression will lead to a mistake that Player 1 can capitalize on to take the round. When the loser Player 2 has extra resources, as in our post-stun situation, Player 1 going on a complete defensive can give the Player 2 the freedom to advance at will with little need for concern. In the worst case scenario, Player 2 can use this freedom and whatever comeback resources are available to damage and then stun Player 1 to take the round.

Considering all of the above, what does the stun mechanic offer to gameplay? There are two sides to the stun argument: the “stunned” side and the “stunning” side. In a scenario where Player 1 strings enough attacks together to stun Player 2, these two players may have opposing views on the idea of stun. Player 2, the “stunned” player, wouldn’t be unreasonable to say, “Stun is silly. I’m already losing…why should I lose more?” Player 1, the “stunning” player, might think just the opposite, using stun as a means to mount a comeback or take a decisive lead in a match. The crossroads between these two thoughts yields stun’s one concrete offering, no matter the implementation: stun incentivises offense. No matter the game, maybe even regardless of character or style, the stun mechanic ensures that a player who takes another player close to the stun threshold or who has tools to very quickly push the opposing player to the stun threshold will opt to go on offense more often than not. Why is incentivised offense a contributing factor to gameplay? Prodding players to act offensively promotes a more exciting experience for spectators on all levels. Players on offense also end up using more of the game’s mechanics to support their offense, generally–they “play the game” more. Offensive play also ends rounds faster, which is great news for arcade cabinet owners and probably a central reason stun was present in the first very popular arcade fighting games.

After looking at the what and why for stun, let’s look at the how. As noted earlier, the one thing stun offers for sure to a gameplay experience is an incentive to go on offense and stun your opponent for free damage without getting stunned yourself. Stun won’t happen every round, indeed, it can be quite rare in some games. Stun doesn’t always indicate that someone is getting steamrolled, either; stun can be the deciding factor in a player that is mounting a comeback from a devastating vitality gap. Of course, I suppose that could be argued as “reverse steamrolling.” The problem is, though, that the stun mechanic seems to be quite a brute force way to persuade players to attack. Do players already not have enough incentive to attack? Are defensive systems too strong? Is offense not broad or deep enough or is it too risky? How does such a prehistoric idea still fit in with modern games? How can (or how should) stun contribute positively to meaningful gameplay? I think the only meaningful way to make stun a contributing mechanic is to remove it from core gameplay. Outside of certain characters or styles being able to use or abuse stun more than others, the truth is that getting hit just to get hit some more strictly on the basis of how much you got hit doesn’t seem very intriguing as a player and doesn’t make much sense in terms of contributing to the win condition of the game.

Where stun could find usefulness is in the realm of a status effect condition. Attaching stun (or high stun values) to specific moves or tactics instead of to everything makes stun appealing from an offensive perspective while not griefing the defender. Ultimate Marvel vs. Capcom 3’s Haggar, Ultra Street Fighter IV’s Zangief and Guilty Gear Xrd’s May all have a stun effect tied to certain actions they take.

Haggar can stun opponents when landing a counter-hit headbutt. The reason this is potent is because this is a stun effect in a game with no generic stun mechanic–it’s one of just a handful of moves that can cause stun. Zangief’s headbutt has a high stun value attached to it and getting hit twice without letting the stun gauge drain is guaranteed to push a player over the stun threshold. The connection between both of these headbutts is that they’re both moves that don’t have a real place in mainstay offense or defense otherwise. Outside of their stun applications, they’re mostly useless. The moves are functional, of course, meaning they work and can do things on a limited scale, but they’re not catch-all attacks nor do they have multiple applications for varying scenarios. They’re simply stun moves.

Guilty Gear’s May is a character that has high stun values in a game with relatively low probability of stun. While this might seem unfair, she raises stun through direct and indirect ways, making her use of stun more dynamic. May has a few moves (one of them being a headbutt, of course) that have moderate stun values on hit. These moves passively raise stun because they are moves that can normally appear in May’s gameplay, but are typically either lower damage or riskier to use; you can use these moves over time to either shift closer to stun or to cross over the threshold if you feel you are close by substituting regular moves for these higher stun valued moves more often. May also has moves that yield moderate and high stun values on counter-hit, which also plays into her more general playstyle as a counter-hit based character. Instead of passively raising stun through normal gameplay and combos, May can choose to aim for specific counter-hit tactics that will cause explosive stun accumulation. In an implementation like this, the player can not only choose how they want to accomplish stun, which is a secondary goal in Guilty Gear, but can also change up the strategy to achieve stun based on the flow of battle. Similar approaches put stun in reach of players while dampening the polarizing effect that stun can have on game play and player attitudes.

"It's easy to think you can say anything to family, but the truth is the closer you are, the harder it is to be honest."
-- Mirina, Etrian Odyssey V